The jury of the FEAR OF COLUMNS competition for the temporary re-creation of the eight existing columns and two pre-existing pedestals of the MIES VAN DER ROHE PAVILION IN BARCELONA, at their meeting held on MARCH 9 2016 on the premises of the FUNDACIÓ MIES VAN DER ROHE in BARCELONA having analysed the 181 entries, shortlisted twenty-six of the projects (see appendix) and having discussed these projects, unanimously reached the following agreement:

To award FIRST PRIZE to the project titled “I don’t want to change the world. I only want to express it” by Luis Martínez Santa-María (Madrid, Spain).

The jury particularly valued the compelling nature of the winning entry, which encapsulates the vertical component of the pre-existing columns in contrast to the horizontality of the Pavilion. The project denotes an absolutely contemporary approach marked by awareness of the environment and the need to permanently reutilise resources. At the same time, it expresses the provisional character of an ephemeral installation temporarily affixed to the Pavilion. 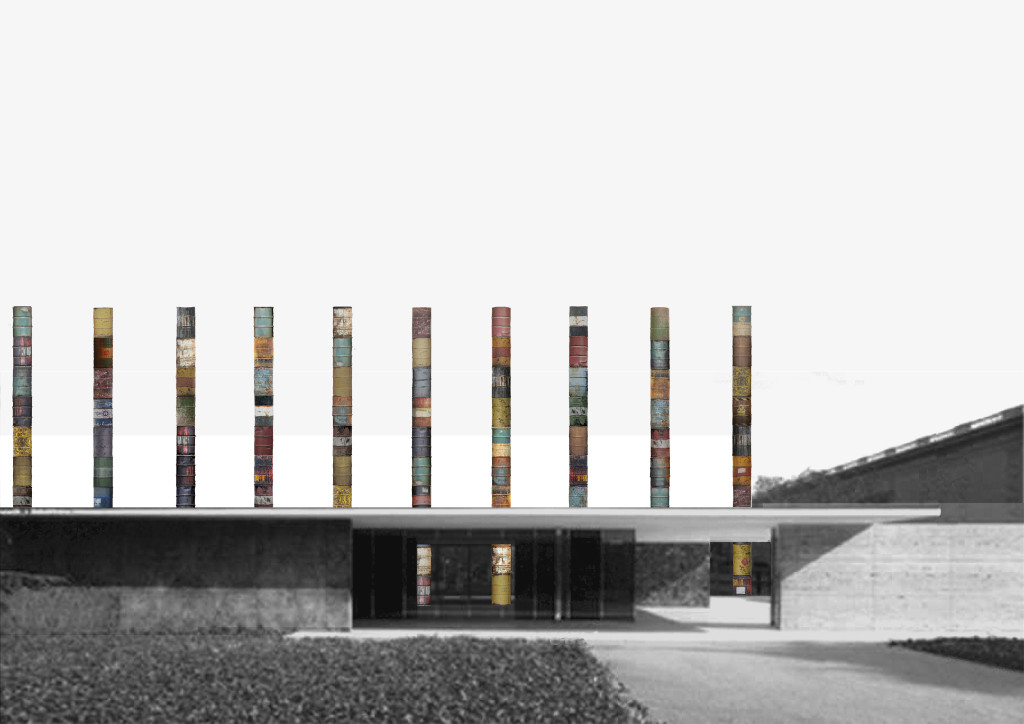 The jury also awarded:
–SECOND PRIZE to the project titled SHADES OF GREY by AMIR SHOURI and FERESHTEH TABE (NEW YORK, USA). ‘By virtue of its delicate variety of vertical proposals and the subtle declination of the final result’.

–THIRD PRIZE to the entry titled POLITICS OF THE MYTH by MIGUEL ANGEL DÍAZ CAMACHO (GETAFE, SPAIN). ‘For the ingenious way in which it endows the Pavilion with participative elements, thereby increasing its availability for use by all citizens’.

–FOURTH PRIZE to PAPER ROMANCE by NICOLETTA FACCITONDO, MARGHERITA VALENTE, ANDREA SALVATORE, SALVATORE DENTAMARO, NICOLA DARIO BALDASSARE and PASQUALE CIPRI of the COLLETTIVO ARCIPELAGO (BARI, ITALY). ‘By virtue of the way in which it expresses the temporary nature of the installation by transforming the basic vertical element until it becomes entirely naked’.

The competition purpose is the temporary recreation of the eight columns and two pedestals that presided over the Pavilion in 1929, in the framework of the 30-year anniversary since the reconstruction of this iconic work by the German architect.

Open to all interested parties, participants must develop projects to recreate the columns on a temporary basis.

The Mies van der Rohe Foundation has called the competition Fear of Columns, an event whose inception has the purpose of publicising the oeuvre of the world renowned German architect to all citizens and reflecting on the impact that the Ionic columns by Puig i Cadafalch had on this German architect’s work. Participants’ proposals must be executable within a specific period of time and with a specific budget. The winner will see his/her work constructed temporarily for the celebration of the 30-year anniversary since the reconstruction of the Pavilion.

The competition is open to everyone. To participate, proposals must be submitted before 29 February 2016. A jury panel will study the proposals and evaluate and rate their coherence with the competition’s purposes; the quality of the design solution; originality and technical possibility of constructing them; and shall then select a winner that will be notified on 10 March. On 1 June 2016, the 30-year anniversary of the Pavilion’s reconstruction, the recreation will be launched in a public ceremony. The maximum period that the recreated columns will be physically present is planned for five months.

Due to the large number of proposals received for the competition, the winner will be announced on March 17 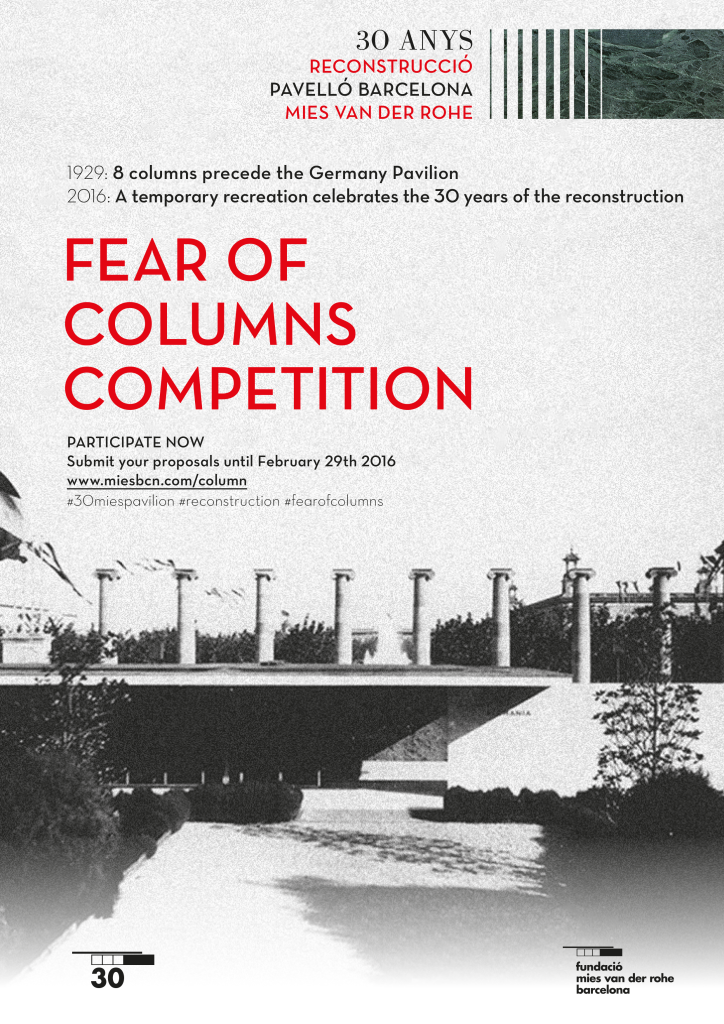