The Mies van der Rohe Foundation adds its knowledge and experience to the already renowned prestige in the construction sector of the Barcelona Building Construmat Awards accoring to its commitment to disseminate and promote research, debate and promotion of architectural culture.

Assuming the task of curating the 18th edition of this Prize, the Mies van der Rohe Foundation aims to foster and reinforce the bonds between all the agents that need to come together to produce good architecture: architects, developers, builders, and users. And to raise awareness of the relationship between quality civil works, good construction and innovation in products, projects, services and construction materials.

As a result of this collaboration, the Barcelona Building Construmat Awards, incorporate last year a new category of participation for the ephemeral architecture of the stands participating in the Fair. The objective is to distinguish and recognize the works and proposals that represent and generate added value to the construction sector in all the areas of its diversity and to encourage the quality in each specific area to extend the promotion of a quality architecture done with rigor and that responds to the needs of society.

The rules of the Award are published here. 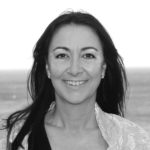 Architect Consultant in strategy and innovation for architecture studies, general director of the construction division of Search & Drive.

Elena Orteu is an architect from the Polytechnic University of Catalonia (ETSAB-UPC). At the end of her career she founded an architecture firm and, later, she participated in the founding of others. Subsequently she was part of the management in both industrial companies of the construction sector and in architecture firms. She has been Director of Quality and R+D+i in Prefabricados Pujol and General Director in Alonso Balaguer A.A. In the last 15 years, as a co-founder of the strategic consultancy Search & Drive Management Consultants, she has advised and accompanied a hundred architectural and engineering firms in the professionalization of business management. 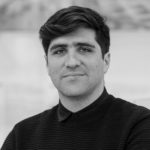 Architect. Founder and chief editor of ArchDaily, the largest platform for the dissemination of online architecture projects and products.

David Basulto is an architect from Pontifical Catholic University of Chile (2006). Founder and currently CEO of ArchDaily, and its global network of sites in English, Spanish, Portuguese and Chinese. ArchDaily’s mission is “to improve the quality of life of the 3 billion people who will live in cities in the next 40 years, by providing inspiration, knowledge, and tools to the architects who fill face this challenge”. David has served as jury for several award, prizes and design competitions in Latin America, North America, Europe, and Asia. Member of the Mies Crown Hall America Prize International Advisory Council in Chicago, and of the Endeavor Foundation in New York. 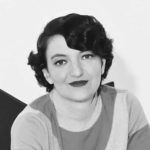 Izaskun Chinchilla is an architect from the Polytechnic University of Madrid (2001). Since then she drives her own office in Madrid. Her research deals with ecology, sociology and contemporary ways of life, and she applies them to her professional and academic practice. Her work has received numerous awards, winning in many competitions, and has been published and exhibited extensively. As a teacher, Izaskun is a professor at the School of Architecture (Madrid), at the Instituto de Empresa (Madrid) and at the Bartlett School of Architecture (London). As speaker she has participated in forum, lectures and debates in more than 80 international destinies. 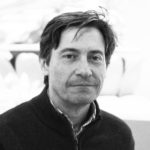 José María Marzo is an architect from the Polytechnic University of Madrid (1985). He began working in publishing at EL Croquis, where he worked as editor-in-chief between 1986 and 1987. In the same publishing house, he co-directed the publication De Diseño, between 1987 and 1988. Later, in the initial stage of Interior Design, he directed the projects section between 1990 and 1994. José María is founding partner of Tectónica (1996) and directed and edited the magazine published in paper format until number 41, the last one published in hard copy. It is currently in the process of launching the new digital platform of Tectonics. 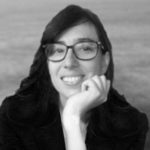 PhD in civil engineering. Innovation coordinator at Incasòl and president of the Dobooku, platform for the culture of design in public works.

Rosa Grima is a PhD in civil engineering at the Polytechnic University of Catalonia (2004) and a Master in Public Management from ESADE (2012). She began her professional career involved in the design and management of public works projects. Since 2007, she has been the Research and Innovation Coordinator at Incasòl and, over the last four years, she has coordinated its international positioning strategy. This has led her to participate in European and international networks of urban innovation and public governance. She is currently the president of Dobooku, a cultural association that promotes the culture of design in public works through social media and the organization of different events and activities.